This week is a bittersweet goodbye to one of our most energetic and passionate coaches and Skills Staff members. Coach Rob Adam, originally from the east side of the state, has been with KOHA for four years. He’s been the Assistant Superintendent to former KOHA Head Coach, Mark Ostrander, at The Moors Golf Club, and started with KOHA as an Assistant coach on Ostrander’s KOHA K-Wings team when he moved to Kalamazoo as well.  “Oddly enough, I got this job (at The Moors) through meeting Mark (Ostrander) at a hockey tournament in Niagara Falls, Canada right before I graduated from Michigan State University,” says Coach Rob. “I spent three years assisting Ostrander with the ‘06 Kwings, and this season I have been on Drew Moffit’s coaching staff with the ‘10 Kwings. I have also been working with the KOHA Skills Staff for the past two seasons,” Rob added.

“Coach Rob has been a tremendous asset to our club’s Skills Staff,” said Matt Kakabeeke, KOHA’s Hockey Director. “ Watching his growth and evolution as a coach the past four years has been fantastic. He has been able to apply what he learned as a player to positively impact development in a way that keeps it fun and engaging for our players. He comes to the rink with a smile, a passion to teach and a positive attitude; the kids feed off of his energy every single time he’s on the ice,” said Kakabeeke.
When asked what he will miss the most, “I will miss seeing how happy kids are when they come to the rink for practice and how excited they are when they step onto the ice. I will also miss witnessing the progression of a kid's abilities from the start of the season to the end, and watching them become a more confident person because KOHA’s focal point is making the game fun and developing teams of skilled players rather than having a ‘win at all costs’ mentality that a lot of organizations have. I believe that winning is important but not at the cost of sacrificing development and enjoyment of the sport,” he said. “I will absolutely miss being a part of the Skills Staff and being surrounded by such great people who all love teaching hockey.”
While Coach Rob’s departure will impact KOHA’s Skills Staff, his 2010 Kwings players and coaches will miss his presence as well. “I’ve had the privilege to coach with Rob the past three seasons here at KOHA. We will definitely miss his presence inside our rinks. I can tell you our players (2010 KWings) LOVE playing for him. He has the unique ability of being very knowledgeable but also keeping it really fun and entertaining for the players. If he’s not at the rink on a given day, I’m fielding at least five questions on where coach Rob is. That tells you all you need to know about his impact and the kind of person he is,” said Moffit.
Coach Rob hopes to obtain a coaching position with a team in the Metro Detroit area and is "looking forward to the challenge of introducing the ADM model to an area that has not yet been exposed to its development philosophy and method of teaching the game,” he said.
His former boss on the golf course and behind the bench had this to say, “Rob has a bright coaching future. Simply knowing the game, or having played the game at the most elite levels, does not necessarily translate into being a great coach. I believe Rob’s knowledge of the game, his passion for continuing to improve from a player development perspective, and his ability to connect with all players will provide him high level coaching opportunities in the years to come,” said Ostrander.
Good luck from our entire KOHA hockey family, Rob! We can't wait to see you around other rinks! 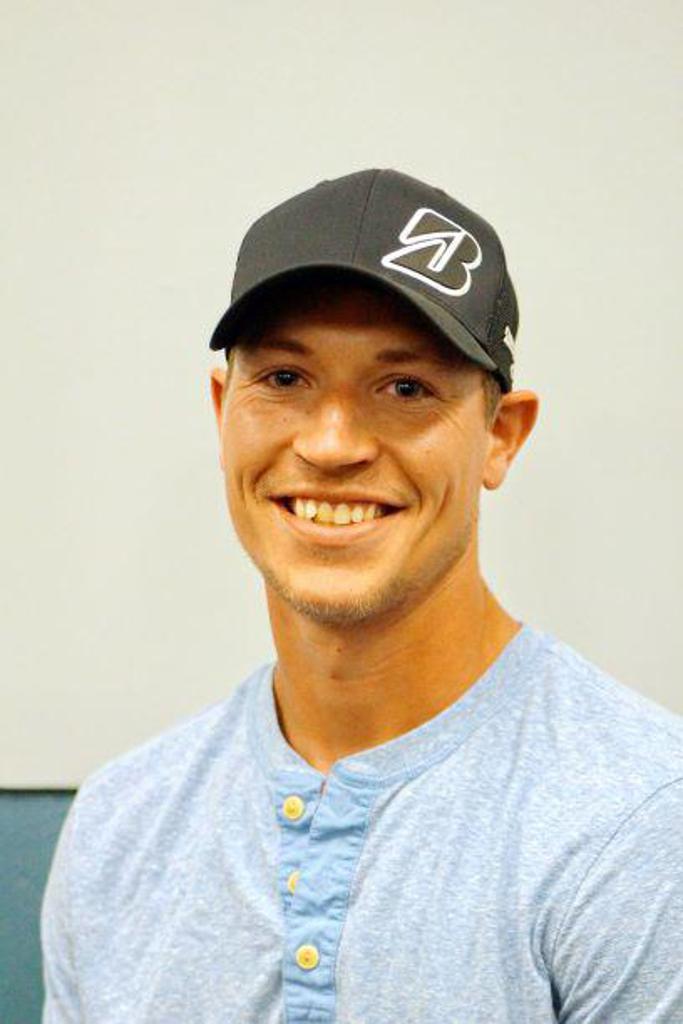 Your 2010 Kwings, your 2006 players and families, and our Skills Staff will miss you!

KOHA & THE KALAMAZOO HOCKEY COMMUNITY WISHES YOU ALL THE BEST!

Since it's at The Moors, we KNOW you will be there!