Officiating is more than a job. It’s a craft. Hockey officials – as well as those in other youth sports – invest dozens of hours prior to the start of each season getting certified, attending seminars, learning about rule changes, points of emphasis and standards of enforcement. Unlike players and coaches, we don’t get practices during the season. We can review video, discuss situations with peers, and spend lots of time with our noses in our rule books and situations manuals.

For brand new officials, the experience of donning the stripes and stepping onto the ice for the first time can be overwhelming and intimidating. As if the pressure of making the correct calls wasn’t enough, there are the expectations of coaches, players and parents adding to the gravity of the moment.

The Kalamazoo Ice Hockey Officials Association (KIHOA) has instituted a mentoring program, pairing new officials for their first games with a more experienced official “shadow” to help guide them. The program allows new officials the opportunity to gain valuable experience while offering in-game guidance and instruction. Throughout the game, the mentor is skating with or near the new official, helping with positioning, movement, and all the other duties of an official during a contest.

We all know players never have a perfect game, and coaches and parents often create a healthy environment for players to make mistakes and learn. It’s just as critical, if not more so, for new officials to feel they have a healthy environment to make mistakes as they learn the craft. The numbers of officials for all youth sports nationwide is declining – primarily because of abuse from coaches and parents – so it’s vital for these new officials of any age to feel safe and encouraged. On-ice mentors play an important role in development, but coaches and parents also are an integral part of creating a positive experience.

Pictured to the right

"Nick Schirripa and I took an opportunity to mentor Ryan Osinski for his first games this weekend. We have a more experienced official shadow the new official to make sure the new official is in the right position to make the correct call and to provide immediate feedback. It was a great experience and Ryan did an exceptional job and has a bright future." ~ Terry Saunders 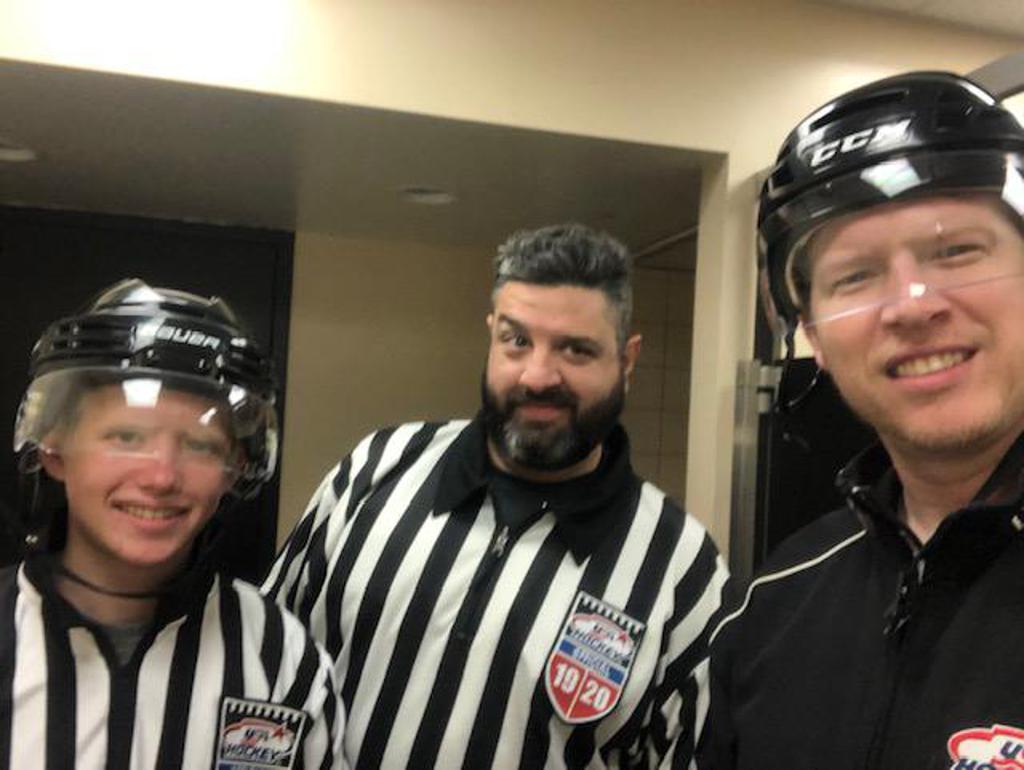