THIS WILL NOT DEFINE ME: RESILIENCE, STRENGTH & RETURNING TO THE ICE

A motorcycle accident on August 14, 2019 changed Pat Meine’s life. The youth hockey coach, beer league player and former Army Paratrooper was almost home when he was struck by a minivan. The injuries sustained resulted in a below the knee amputation of his left leg.

Three weeks after the accident, Meine sits in his living room - walker within reach - making plans to move past it all. “I don’t want to tell this story anymore. I am ready to move on,” he says. But Meine realizes that showing up to the rink - a place he has both played and coached his kids with The Kalamazoo Optimist Hockey Association (KOHA) - without sharing his story publicly would likely result in having to tell the story, again and again and again.

A Manager in the Automation Department at Pfizer, Meine spent 14 years in the Army, including two years in the Reserves, and eight years as an Army Paratrooper and Jump Master for the 82nd Airborne Division based in Fort Bragg, North Carolina. The 82nd is an airborne infantry division of the US Army specializing in parachute assault operations with the ability to respond to crisis contingencies anywhere in the world within 18 hours.

Deployed to Iraq three times, and Afghanistan twice, “the Army trained me for situational awareness; I’ve been in life-threatening situations,” Meine said, so it’s not a surprise that immediately following the accident he was evaluating himself and his injuries while waiting for the paramedics to arrive. “My helmet saved my life. Despite being thrown over my bike and hitting my head, I remained conscious - I remember it all. And, while there is no doubt my army training and experience kept me calm as I assessed (my injuries and) the situation at the scene, I am certain hockey is the reason I am making strides during recovery,” he said.

Meine was wheeled into Trauma at Bronson Hospital and soon after was told he was heading into surgery and would lose part of his left leg. Hospital trauma staff hadn’t seen someone up and walking around the day after a leg amputation; so after 8 days in the hospital, they were not surprised that Meine declined a stay at a physical therapy facility, and instead returned home to begin the road to recovery. And to move on.

Meine’s impressive drive to heal is only surpassed by his desire to get back on the ice. His goal is to be playing next summer with his JP Motors Adult League team in the Championship game (since this summer, he watched - from a wheelchair), and eventually return to coaching his kids. Meine’s son, Brady is a goalie in KOHA’s 10U House B Broncos program and his daughter, Carly, was on KOHA’s Lawson Ice Arena Beginning Hockey team that her dad coached. While the prosthetic process usually takes at least 3-5 months, Meine has a vertical fracture of his fibula that needs to heal before that process can begin. Meine insists he will need perhaps 5-7 months and will then have a prosthetic that will allow him to learn to skate again.

“You’re always going to face adversity - it happens. You can either dwell, or get on with your life; and I want to get on with life. I don’t want this to define me; the accident won’t define me, being an amputee won’t define me. I WILL get back on the ice.” 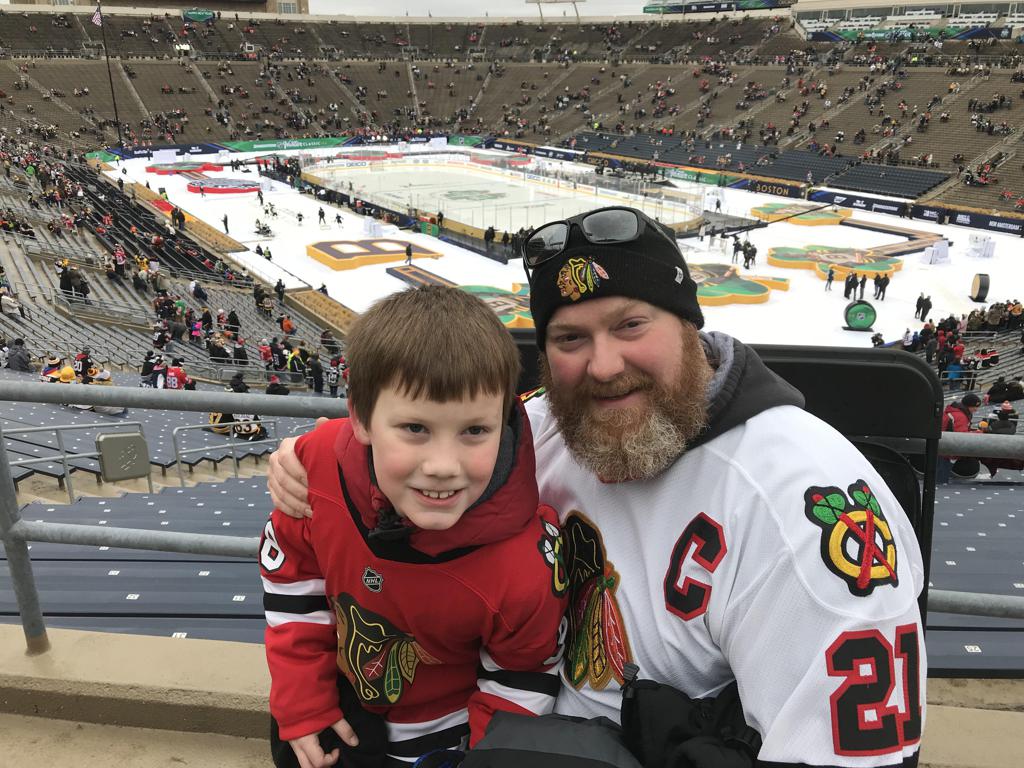 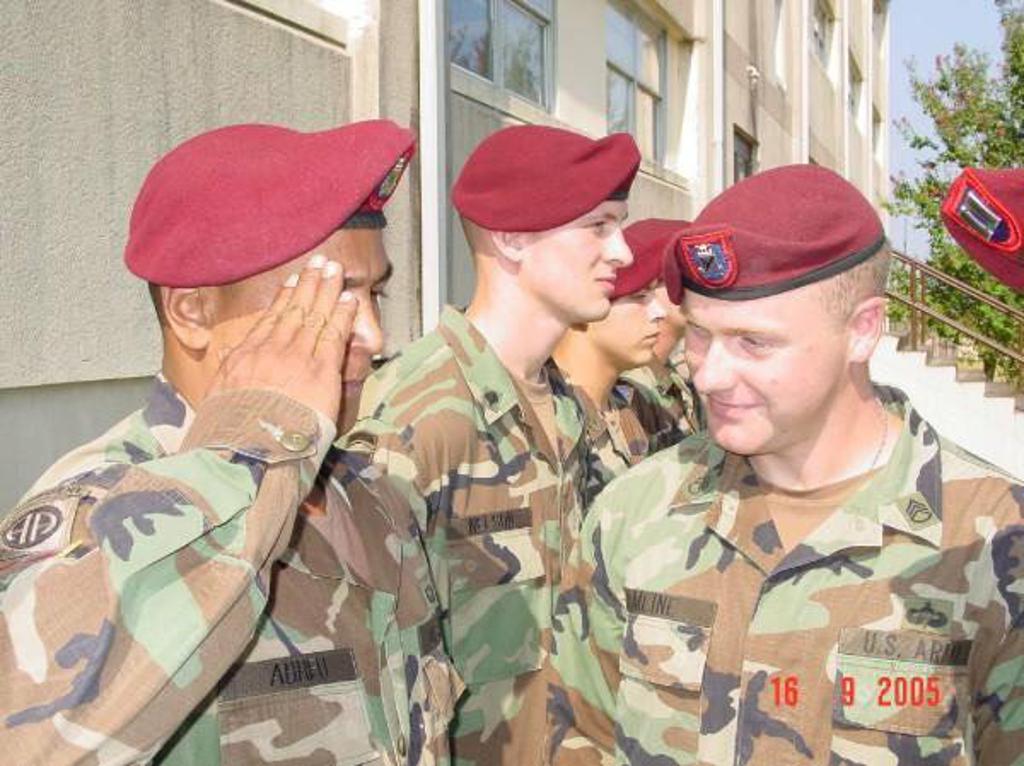 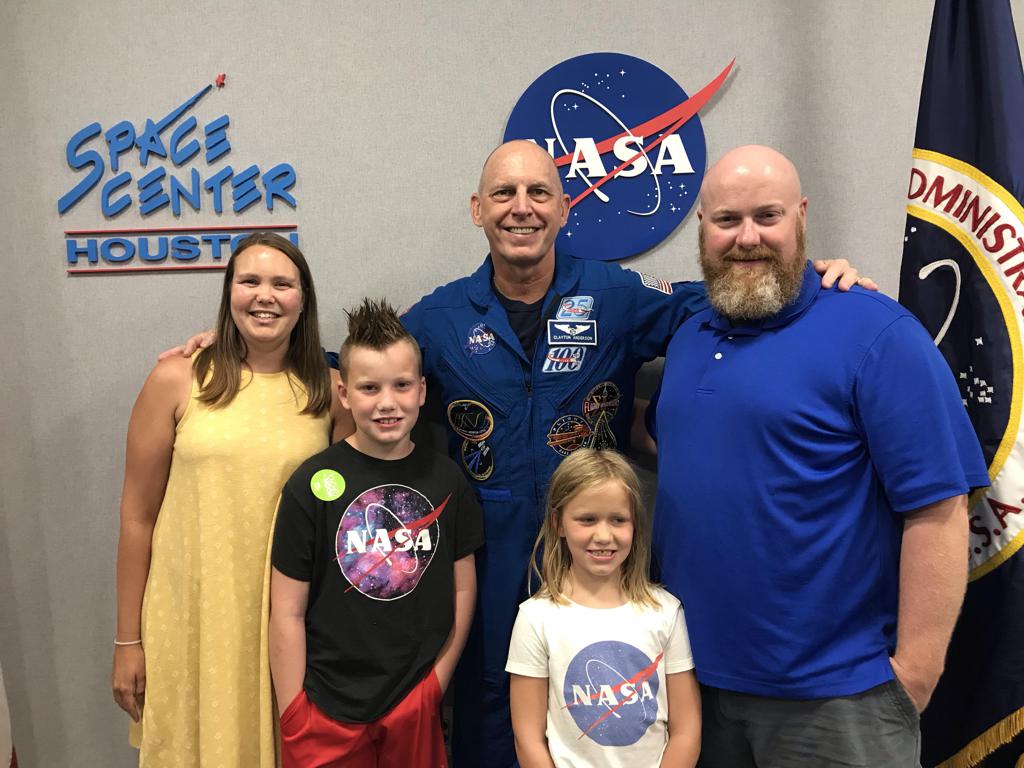 3 weeks before the accident, the whole family had lunch at NASA with astronaut Clayton Anderson.