KALAMAZOO, MI: As the Kalamazoo Optimist Hockey Association (KOHA) prepares to enter its 55th season, the skills staff is once again adding depth with the addition of Michigan native, Eric Kattelus, who was named the Kalamazoo Wings (ECHL) Defenseman of the Year for the 2018-19 season.

“Eric filled in for us a bit last season when Justin Taylor went down with a season-ending injury. He fit in seamlessly, worked well with our skills staff and was great with the kids. Eric was on the ice and around the rink last month during our Travel tryouts, and we are thrilled to have him on board for the upcoming season,” said Hockey Director, Matt Kakabeeke.

Born in Traverse City, Kattelus played at Michigan Tech from 2007-2010 before beginning his professional hockey career. His time in the ECHL has spanned almost a decade, including parts of two seasons with the Chicago Wolves of the AHL. Kattelus has spent the majority of his ECHL years with the Kalamazoo Wings, and even had a goal celebration go viral back in 2017 (feel free to Google “Eric Kattelus moonwalk” - you won’t be disappointed!).

:30 with Eric Kattelus
Nickname: Katts
Other sports played: Soccer, Golf, Tennis
Age he specialized in just hockey: At 16 I moved away from Traverse City to play on the Ojibwa Eagles Midget AAA team based out of Houghton, MI
How important is time away from the rink?: Hockey can easily become a year round sport that can wear you down. Rest and relaxation are crucial for a well rounded athlete.
Talk to us about the infamous MOONWALK celly: Ugh the Moonwalk.  KWings vs. Kansas City in KC. During a mid game time out during the second period a Michael Jackon song was playing and I thought to myself, "if i score I have to give my celly some MJ flare!" Well, I scored shortly thereafter and did the moonwalk. Let’s just say there was some bad blood for the rest of that game and the next game. Would I do it all over again? Absolutely!
Finish this sentence, "If I wasn't playing pro hockey, I'd be...": An astronaut.

Kattelus joins a skills team already loaded with some impressive members, including his K-Wings teammate, ECHL All-Star and KOHA alum, Kyle Bushee. “Eric is not only a great player but also a great human. He deeply cares about his teammates and building a bond with them. He loves to have fun and laugh, it is a game after all. His moonwalk celly was amazing to see in person even if it meant us having a line brawl the next game (sorry I didn’t pick a bigger guy Kat man!),” said Bushee.

Kalamazoo Wings veteran, ECHL All-Star and KOHA Skills Staff member, Justin Taylor, had this to say about his teammate, “Eric is one of the best passers I’ve ever played with, his ability to draw defenders to him to create opportunities for his teammates is incredible. I’ve been the beneficiary of many, (too many to count) back door or sure fire goals in my career. Eric is very versatile, he is used as both forward and defense on our team. Eric is very underrated for his dominance on the ice. Be prepared KOHA players Kattsy will push and educate you on the finer details of your game!” And proving that hockey makes friends for life, Taylor goes on to say, “Eric and I have been teammates for parts or all of our seasons in pro hockey. A lifetime of friendship is ahead of us, Eric and his wife Al, live a short drive away from my family. We have spent parts of every summer in Traverse City and even our dogs are best friends!”

When asked, Kattelus said,  “I’m most excited about building relationships with my fellow coaches and the KOHA players; and hopefully be able to pass along some knowledge and lessons I’ve learned from the game onto the next generation of players.”

When you see Eric around the rink, be sure to give him a shout out and welcome him to the KOHA hockey family! 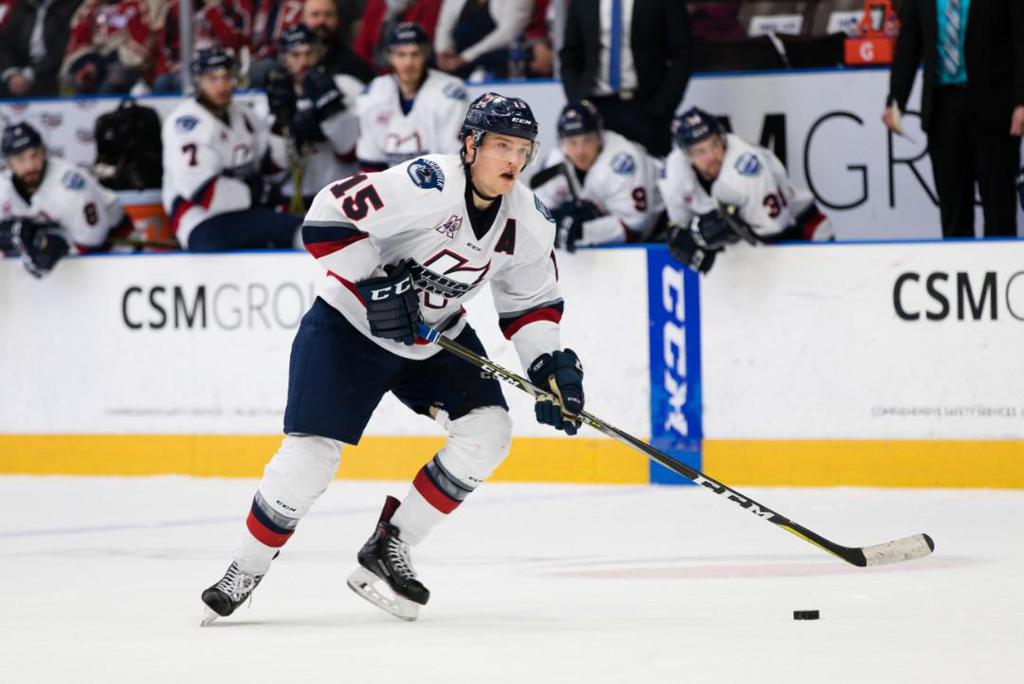